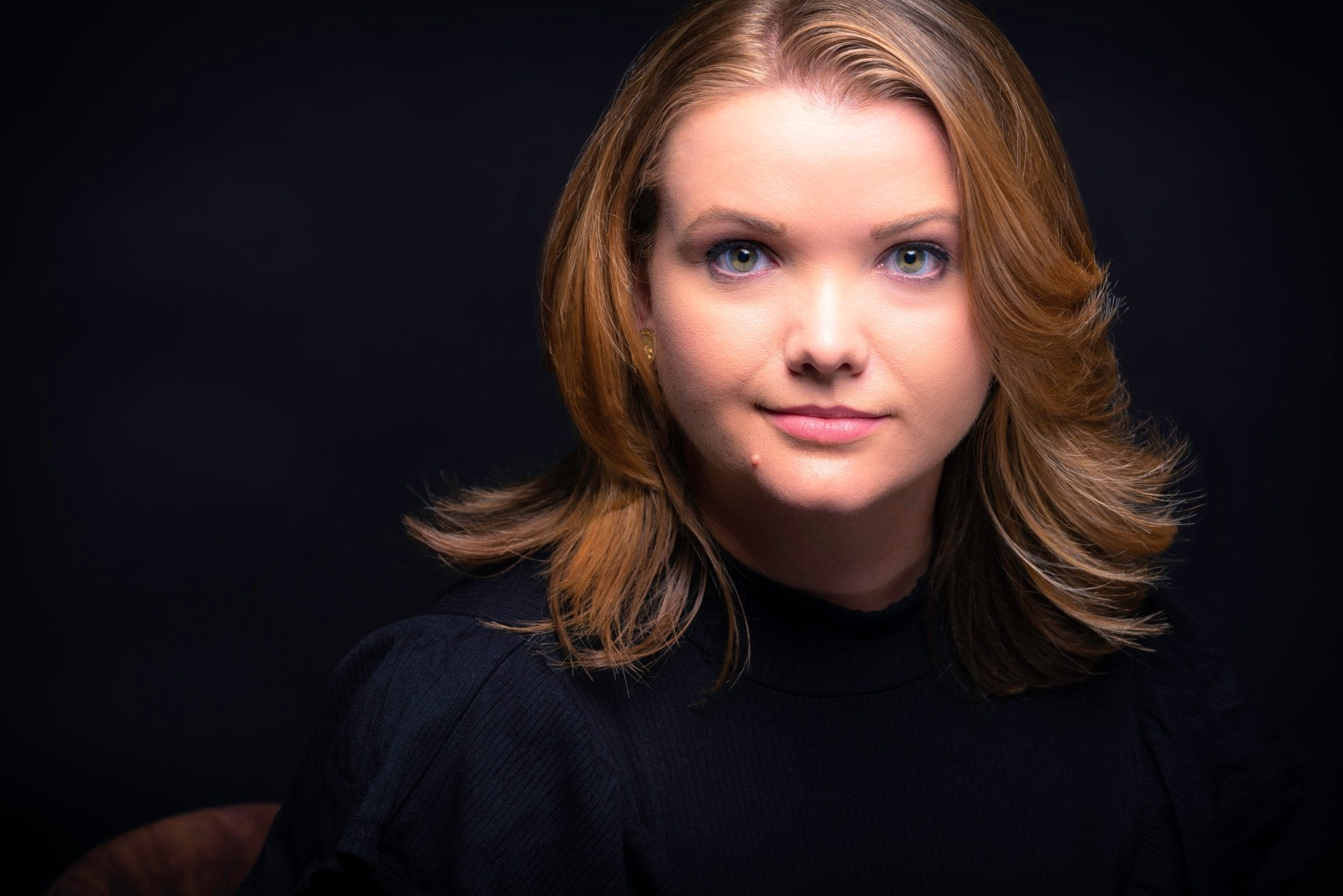 [She was] the most wonderful writer and teacher for our Literary Festival.  Téa is a true treasure.

Obreht is talented far beyond her years, and her unsentimental faith in language, dream, and memory is a pleasure.

A compelling, persuasive writer, Obreht brings improbable elements to life on the page. Better, she makes them snap together with such magical skill that even the skeptical reader believes.

[Obreht] has a talent for subtle plotting that eludes most writers twice her age, and her descriptive powers suggest a kind of channeled genius.

Mesmerizing . . . Obreht’s striking ability to explain the world through stories is matched by her patience with the parts of life—and death—that endlessly confound us.

[Téa Obreht] spins a tale of such marvel and magic in a literary voice so enchanting that the mesmerized reader wants her never to stop.

Every word, every scene, every thought is blazingly alive in this many-faceted, spellbinding, and rending novel of death, succor, and remembrance.

Obreht leads with an invisible hand. We hardly realize that she is piecing the story together until it emerges, at the end, as a kind of gestalt.

In a moment where the book world fetishizes self-examination and minute, sentence-level showiness, it is not only a relief but a privilege to see Obreht shoot the moon with this sprawlingly ambitious and fully imagined tale.

“I’ve come to realize how much specific places have an effect on your mind, your imagination, your relationship to self, the person that you feel you are. You feel these seismic changes in your own psychology.”

Since 2011, when Téa Obreht became the youngest-ever recipient of the Orange Prize for Fiction for her debut novel The Tiger’s Wife, the Belgrade-born novelist has been a writer to watch. Named by The New Yorker as one of the twenty best American fiction writers under forty, Obreht has wowed critics and readers with richly developed characters, subtle plot, and evocative sense of place. With her second novel, the New York Times bestseller Inland, which President Barack Obama called “terrific,” Obreht graduates from wildly talented newcomer to one of the finest fiction writers of her generation.

An international bestseller and National Book Award finalist, The Tiger’s Wife is a brilliant latticework of loss, love, and family legend. Michiko Kakutani of The New York Times called the debut “stunning… a richly textured and searing novel.” Set in an unnamed Balkan nation still reeling from war, The Tiger’s Wife follows a young doctor, Natalia, as she pieces together the mysterious circumstances of her beloved grandfather’s death. In her search for answers, Natalia turns to memories of her grandfather: his ancient copy of The Jungle Book, the visits they took to see the tigers at the zoo, and stories of “the deathless man,” whose appearances are harbingers of catastrophe which may hold the answers to all of Natalia’s questions. Most extraordinary of all, however, is the story Natalia’s grandfather never told her: that of the tiger’s wife.

Publisher’s Weekly praised Obreht as “an expert at depicting history through aftermath, people through the love they inspire, and place through the stories that endure; the reflected world she creates is both immediately recognizable and a legend in its own right.”  The Tiger’s Wife was named among the best books of the year by The New York Time Book Review, Publisher’s Weekly, Vogue, The Wall Street Journal, O: The Oprah Magazine, and many others.

“Obreht is the kind of writer who can forever change the way you think about a thing, just through her powers of description.”

In her “beautifully wrought” (Vanity Fair) second novel, Inland, Obreht plunges her readers into an epic landscape both foreign and familiar: that of the American West. In 1893, two lives unfold in the Arizona Territory, a harsh, lawless place, riddled with drought and ghosts. Nora is a fearless frontierswoman whose husband has disappeared in search of water and whose older sons have vanished in the aftermath of an explosive confrontation. She is alone but for her youngest son, who is convinced that a mysterious beast is stalking their home. Meanwhile, a former outlaw named Lurie is haunted by lost souls as he begins a momentous westward journey. His death-defying trek eventually intersects with Nora’s path, stirring suspense and surprise in this “sprawlingly ambitious and fully imagined tale” (The San Francisco Chronicle).

Obreht’s spare, powerful prose and exquisite depiction of the American West have won her comparisons to titans of American writing past and present. Writing in The Washington Post, Ron Charles calls Inland “a voyage of hilarious and harrowing adventures, told in the irresistible voice of a restless, superstitious man determined to live right but tormented by his past. At times, it feels as though Obreht has managed to track down Huck Finn years after he lit out for the Territory.” The Guardian describes Inland as “more convincingly Cormac McCarthy than McCarthy himself.” Despite these roots, Inland “feels wholly and unmistakably new” (NPR); “a renewed case for the sustained, international appeal of the American West” (The New Yorker).

“Obreht’s simple but rich prose captures and luxuriates in the West’s beauty and sudden menace. Remarkable in a novel with such a sprawling cast, Obreht also has a poetic touch for writing intricate and precise character descriptions.”

The novel was also listed among the 100 Must-Read Books of 2019 by Time, The Washington Post’s 50 Notable Works of Fiction in 2019, the Best Literary Fiction of 2019 by Library Journal, and the 100 Best Books for Adults of 2019 by the New York Public Library. It was longlisted for the Andrew Carnegie Medal of Excellence in Fiction and finalist for the 2020 Dylan Thomas Prize.

Obreht’s work has been anthologized in The Best American Short Stories and The Best American Non-Required Reading, and has appeared in The New Yorker, Harper’s, The Atlantic, Vogue, Esquire, and Zoetrope: All-Story, among many others. In addition to a 2016 fellowship from the National Endowment of the Arts, Obreht received the Rona Jaffe fellowship from the Dorothy and Lewis B. Cullman Center for Scholars and Writers at the New York Public Library. She was a National Book Foundation 5 Under 35 honoree, and was named by The New Yorker as one of the twenty best American fiction writers under forty. She serves as the Endowed Chair of Creative Writing at Texas State University.

For more information on Téa Obreht, please visit her on Instagram and at teaobreht.com.

It’s a voyage of hilarious and harrowing adventures…. [N]ot just a literary effect of Obreht’s gorgeous prose; it’s an uncanny representation of the indeterminate nature of life in this place of brutal geography. 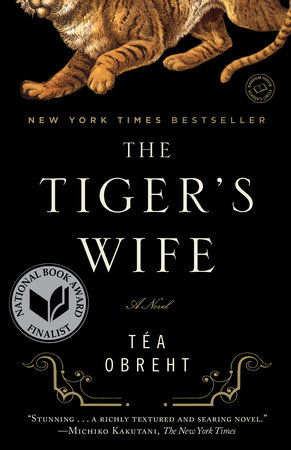 Praise for The Tiger's Wife

So rich with themes of love, legends and mortality that every novel that comes after it this year is in peril of falling short in comparison with its uncanny beauty.

It’s a voyage of hilarious and harrowing adventures…. [N]ot just a literary effect of Obreht’s gorgeous prose; it’s an uncanny representation of the indeterminate nature of life in this place of brutal geography.

Praise for The Tiger's Wife

So rich with themes of love, legends and mortality that every novel that comes after it this year is in peril of falling short in comparison with its uncanny beauty.

Téa Obreht talks about The Tiger’s Wife on PBS NewsHour 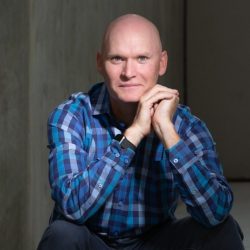 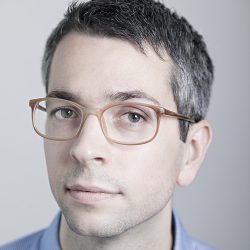 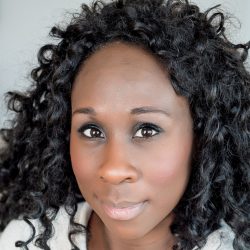 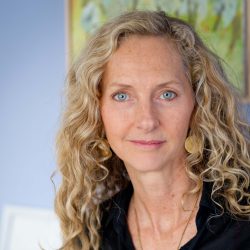