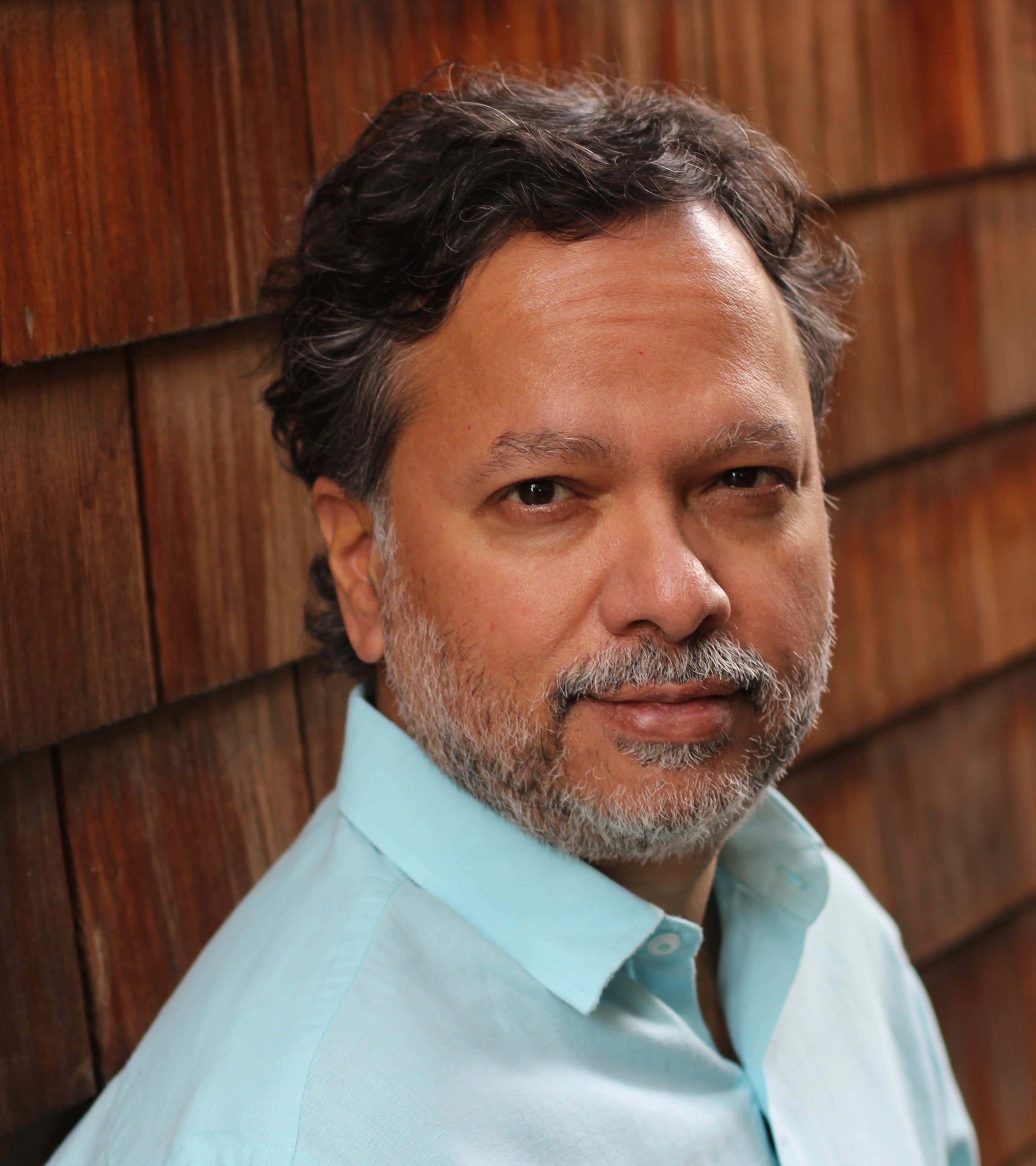 Chandra knows exactly when to break rules and when to follow them…. His genius is in the way he trusts his reader.

Chandra gives a startling, blood-pumping fallible humanity to his characters.

Chandra persuasively suggests that the true beauty lies in what it does to us, allowing access to the unfathomably vast, and changing the world.

Chandra weaves a comprehensive understanding of the history, practice and art of programming into a startling fabric…. It is a dazzle, from beginning to end…. Plenty of programmers consider themselves artists, and plenty of writers presume to declaim about programming. But very, very few can comfortably inhabit both worlds with such grace and precision.

Chandra’s creative and elegant meshing of thought and experience, conscience and storytelling nets both the profane and the sublime.

[Chandra] shows himself to be that rare thing, a writer who is simultaneously a master storyteller and a master stylist.

His control of his material is remarkable.

Chandra spins webs within webs, portrays a multitude of diverse characters, nets the complexity of a huge metropolis, and takes full measure of how the world really works.

“[Vikram] Chandra’s novels and stories seek to grapple with the entirety of India’s place in the world, from its ancient myths and aesthetic discourse to its disastrous experience with colonialism to its modern kaleidoscope of bedazzling—and politically destabilizing—ethnic and linguistic and religious division. He is nothing if not a big game hunter.”

Vikram Chandra’s celebrated books, which explore the tumultuous overlaps between tradition and popular culture in both Indian and Western civilization, have been called “magnificent” by The Los Angeles Times and “monumental” by The Wall Street Journal. Chandra’s approach owes much to an obsession with the elements of storytelling, with the mechanics of language, and with the literature of his native India, in which every story contains the seeds of other stories. This multilayered method results in deeply satisfying books that pay homage not only to India’s rich literary tradition but also to the nineteenth-century novelists to whom Chandra has been compared: Dickens, Trollope, and Thackeray.

“A writer who possesses the rare, prodigious power to make literature.”

Chandra’s bestselling novel, Sacred Games, exploded onto the scene in 2006 following an intense bidding war between Indian, American, and British publishers. Sacred Games centers on Sartaj Singh, a divorced Sikh police inspector trudging into an unpromising middle age, and Ganesh Gaitonde, a flashy mobster whom Publishers Weekly called “the most compelling character in crime fiction since Don Corleone offered a deal that couldn’t be refused.” An impeccably researched 900-page epic, Sacred Games has been called “a gritty expose of Mumbai’s underworld and the police corruption and world events that keep it flourishing” (Publishers Weekly). Chandra spent seven years researching the novel, even going so far as to meet with a hit man in a Mumbai cafe. The result is a novel that Kirkus praised as “elegant and irresistible.”

Sacred Games was adapted for Netflix India’s first original series, starring Saif Ali Khan and Nawazuddin Siddiqui. The Economist wrote, “Sacred Games—which yokes together literary prestige with A-list Bollywood actors, charismatic antiheroes and scads of graphic sex and bloodshed—announces the arrival of ‘Golden Age’ television to the Indian market.” Vanity Fair praised Sacred Games as “electrifyingly new…. You can’t take your eyes off of it,” and The New York Times named the series one of the best international TV shows of the 2010s citing its mix of “Bollywood energy with a literary style and touches of magical realism”. Both seasons of Sacred Games are streaming now on Netflix.

While Sacred Games was Chandra’s breakout hit, it wasn’t his first literary success. That came a decade earlier with his debut novel, Red Earth and Pouring Rain, which won the David Higham Prize and the Commonwealth Writers’ Prize for Best First Book. Inspired by the memoirs of a legendary half-British, half-Indian cavalry officer of the nineteenth century, Red Earth and Pouring Rain exemplifies the story-within-a-story structure for which Chandra is so celebrated. Red Earth and Pouring Rain has been called “incandescent, evocative, breathtaking” by The Los Angeles Times, “a dazzling first novel” by The London Times, and “magnificent” by The Guardian.

Chandra’s most recent book is the genre-defying Geek Sublime. A computer programmer for almost as long as he has been a novelist, Chandra searches for the connections between the worlds of art and technology in his eye-opening nonfiction debut. Programmers are obsessed with elegance and style, just as writers are, but do the words mean the same thing to both? Chandra’s idiosyncratic history of coding explores such varied topics as the machismo of male nerds, Silicon Valley’s creative “Indian Mafia,” and the algorithmic nature of Sanskrit. Part technology story and part memoir, Geek Sublime is a book of sweeping ideas.

Chandra’s interest in programming has moved from the theoretical to the practical, as he recently debuted a software startup called Granthika. In the midst of writing Sacred Games and keeping that entire world in his head, Chandra realized “I need a word processor that does more than word processing.” Thus began a decade-long project to build an application that could keep track of characters, settings, and events as well as their individual histories and the many connections between them.

For Chandra, the shifting boundaries between stories, modes, and global contexts are familiar territory. Born in Mumbai, he was raised by a highly successful executive father and a screenwriter mother noted for her contributions to Indian cinema. Chandra graduated from Pomona College in California with a BA in English and a concentration in creative writing. He attended film school at Columbia University, but dropped out to write Red Earth and Pouring Rain. He later earned an MFA in creative writing at the University of Houston. In addition to his three works of fiction, Chandra co-wrote the screenplay for an Indian feature film, Mission Kashmir, released in 2000.

Chandra divides his time between California, where he teaches at UC Berkeley, and Mumbai. 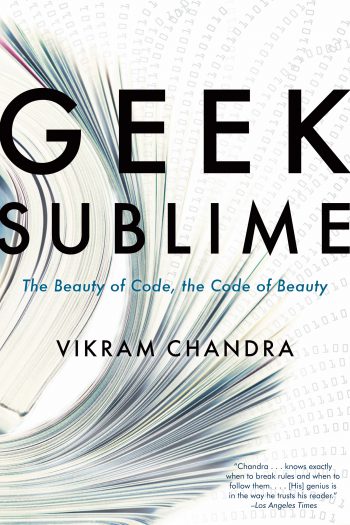 [Geek Sublime] is an eloquent tribute to text and its ability to shape our emotions, and rewrite the very world we live in. 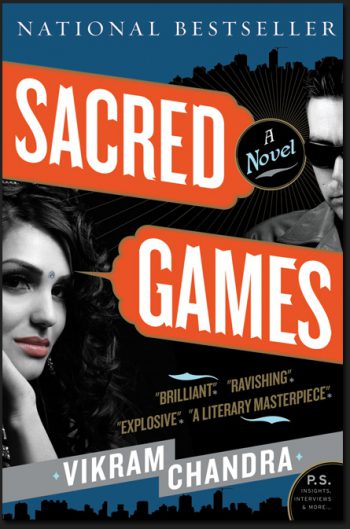 [Sacred Games is a] stunning new novel…. Chandra’s writing is so elegant and so irresistible, it elevates the classic cops-and-robbers story to new heights. 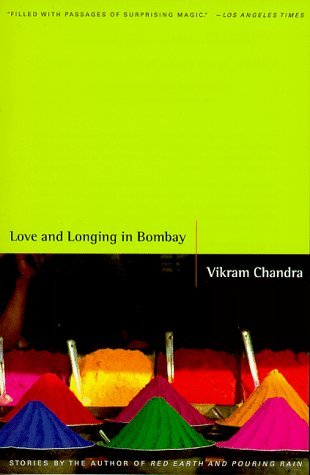 Praise for Love and Longing in Bombay

[Love and Longing in Bombay] confirms [Vikram Chandra] as a writer gifted equally with profound compassion and glowing technique… The book is a rainbow of storytelling, beautifully timed, felt, and observed. 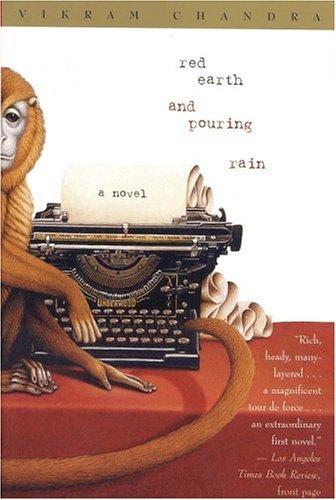 Indian novelist Chandra has built a powerful, moving saga that explores colonialism, death and suffering, ephemeral pleasure and the search for the meaning of life… This is an astonishing and brilliant debut.

[Geek Sublime] is an eloquent tribute to text and its ability to shape our emotions, and rewrite the very world we live in.

[Sacred Games is a] stunning new novel…. Chandra’s writing is so elegant and so irresistible, it elevates the classic cops-and-robbers story to new heights.

Praise for Love and Longing in Bombay

[Love and Longing in Bombay] confirms [Vikram Chandra] as a writer gifted equally with profound compassion and glowing technique… The book is a rainbow of storytelling, beautifully timed, felt, and observed.

Indian novelist Chandra has built a powerful, moving saga that explores colonialism, death and suffering, ephemeral pleasure and the search for the meaning of life… This is an astonishing and brilliant debut.

Chandra in Conversation at the Wheeler Centre (2014 in Melbourne, Australia) 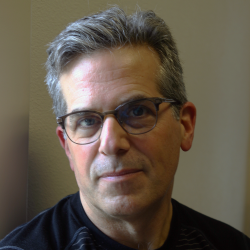 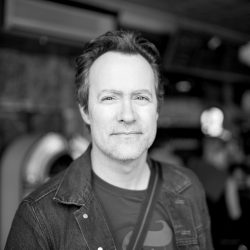 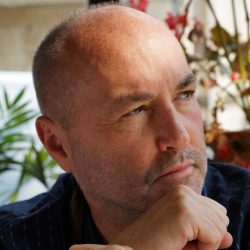 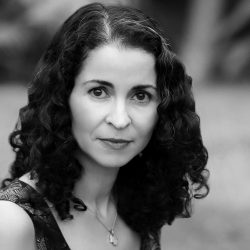